The plasma peak concentration of controlled release injection of Aceclofenac is reached at 1 hr following injection. 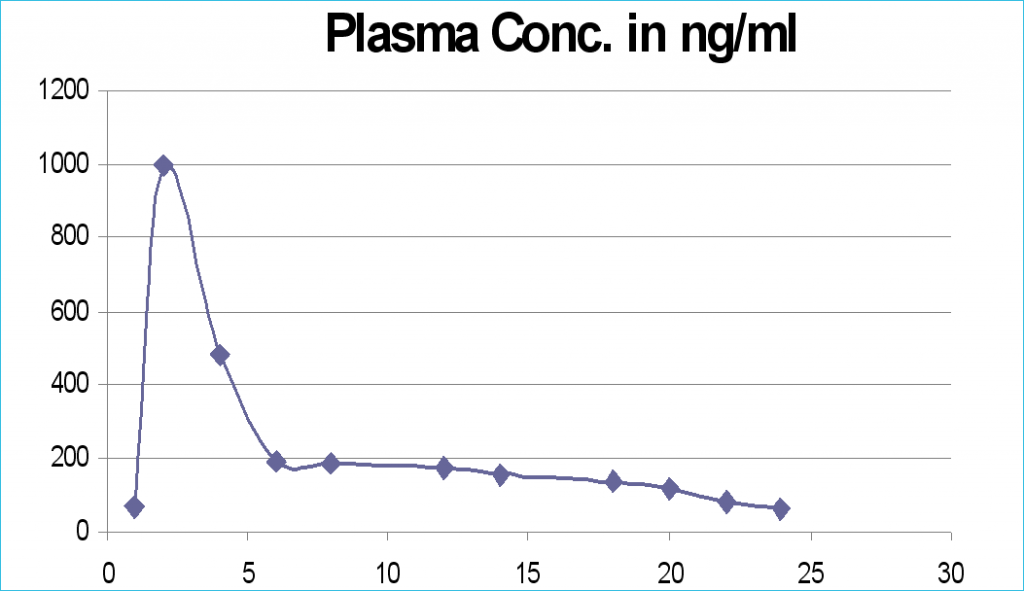 In-vivo release of Aceclofenac: Controlled Release Injection is maintained within therapeutic window for 24 hours and there is burst release initially to control acute pain

Percentage cumulative in-vitro release of Aceclofenac injection: Controlled release is maintained till 24 hours after single injection and 50% of the drug is released in first 12 hours, indicating OD dose.

About 65% of the administered dose is removed in the urine as hydroxy metabolites, and approximately 35% in the bile. The plasma elimination half life of Aceclofenac is approximately 4 hours.