Overdosage may cause nausea, vomiting, pain abdomen, dizziness, somnolence, headache, sweating, pancreatitis, hepatic failure and acute renal failure. Management of acute poisoning with NSAIDS essentially consists of supportive and symptomatic measures. There are no human data available on the consequence of Aceclofenac overdosage. Supportive and symptomatic treatment should be given for other complications.

Patients with a history of hypertension, established ischemic heart disease, peripheral arterial disease, and/or cerebrovascular disease should be appropriately monitored and treated with Aceclofenac controlled release injection only after careful consideration, as fluid retention and edema have been reported in association with NSAID therapy.

Patients with renal, cardiac or hepatic impairment and the elderly should be kept under surveillance, since the use of NSAIDs may result in deterioration of renal function. The importance of prostaglandins in maintaining renal blood flow should be taken into account in patients with impaired cardiac or renal function, those being treated with diuretics or recovering from major surgery. Effects on renal function are usually reversible on withdrawal of Aceclofenac.

Use of Aceclofenac controlled release injection is contraindicated in patients with a history of asthma.

If abnormal liver function tests persist or worsen, clinical signs or symptoms consistent with liver disease develop or if other manifestations occur (eosinophilia, rash), Aceclofenac controlled release injection injection should be discontinued. Hepatitis may occur without prodromal symptoms. Use of Aceclofenac injection in patients with hepatic porphyria may trigger an attack.

The use of Aceclofenac controlled release injection may impair female fertility and is not recommended in women attempting to conceive. In women who have difficulties conceiving or who are undergoing investigation of infertility, withdrawal of Aceclofenac injection should be considered.

Serious skin reactions are very rarely observed with the use of NSAIDs. Patients appear to be at highest risk for these reactions early in the course of therapy: the onset of the reaction occurring in the majority of cases within the first month of treatment. Aceclofenac should be discontinued at the first appearance of skin rash, mucosal lesions, or any other sign of hypersensitivity.

Close medical surveillance is imperative in patients with symptoms indicative of gastrointestinal disorders, with a history suggestive of gastro-intestinal ulceration, with ulcerative colitis, Crohn's disease, bleeding diathesis or haematological abnormalities.

Caution should be advised in patients receiving concomitant medications which could increase the risk of ulceration or bleeding, such as oral corticosteroids, selective serotonin-re uptake inhibitors and anti-platelet agents. Concomitant use of anticoagulants with intramuscular Aceclofenac is contraindicated. GI bleeding or ulceration occurs in patients receiving Aceclofenac, the treatment should be withdrawn.

Same is the case in Lactation, The use of Aceclofenac has to be avoided unless the potential benefits to the mother outweigh the possible risks to the children.

As with other NSAIDs, allergic reactions, including anaphylactic reactions, can also occur without earlier exposure to the drug.

Aceclofenac controlled release injection should be discontinued at the first appearance of skin rash, mucosal lesions, or any other sign of hypersensitivity.

Drug potency or efficacy of Aceclofenac 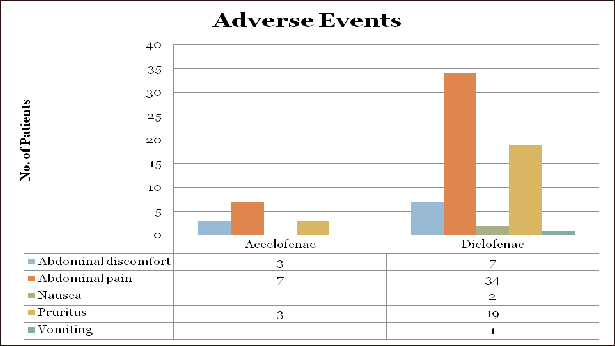 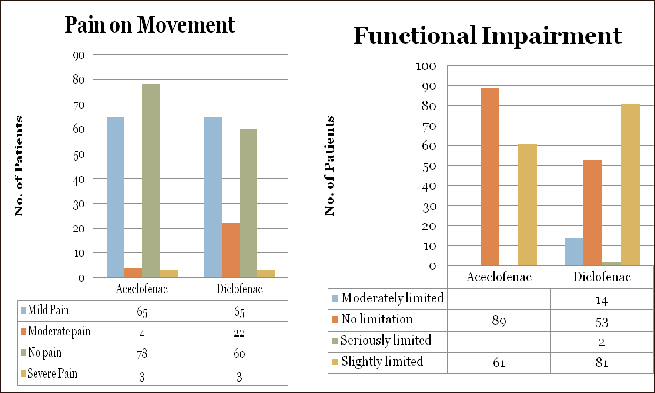